The Roger Corman Collection on DVD

The Roger Corman Collection on DVD 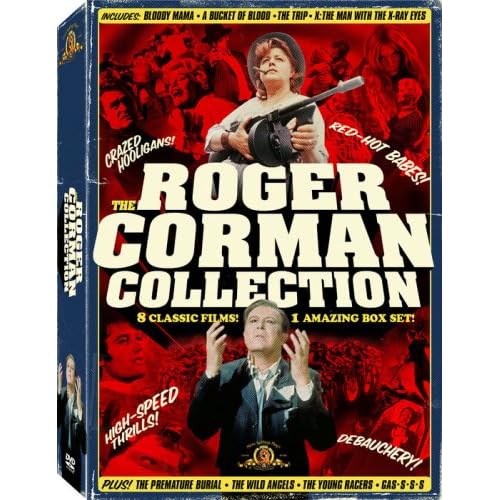 Charles B. Griffith, known for melding black humor in his screenplays
for Roger Corman including "Little Shop of Horrors," died Sept. 28 in
San Diego. He was 77.
Griffith, to whom Quentin Tarantino dedicated his recent film "Death
Proof," also wrote exploitation classics including "Death Race 2000,"
directed by Paul Bartel and "Eat My Dust," starring Ron Howard, which
Griffith also directed.

"Little Shop of Horrors" later became a musical by Alan Menken and
Howard Ashman, which was then made into a feature directed by Frank
Oz...

New filmmakers aping the past

Speaking of Roger Corman, has anyone noticed more and more modern filmmakers creating new works in old styles? Aside from the high profile ones like QT & Rodriguez and the Grindhouse thing, I discovered an indie guy who makes only 1950's style sci-fi and horror movies. He's pretty good AND his movies aren't spoofs. They're honest to god, non-joke, modern-made, old-style movies. I got one off of NetFlix called The Monster of Phantom Lake and absolutely fell in love with it. He's got one coming out next year called Cave Women on Mars. Seriously.
Top
Post Reply
5 posts • Page 1 of 1