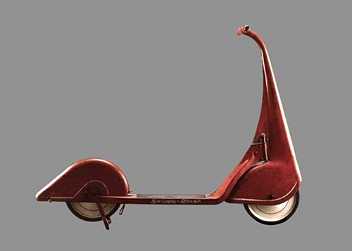 by Slim and Gabby
I didn't know Richard Dreyfuss was a designer... sorry I couldn't resist!

Very, very cool I must say. I've always been a big fan of design, especially when it goes way past functionality.

Having just bought a house built in 1920, we picked up one of these:

which is the antithesis of streamline.

The back of our house since it has a late 1950's, early 60's addition will be MCM but the rest of the house will be teens and twenties.

There's a book called, Great Inventions, Good Intentions: An Illustrated History of American Design Patents, that has all sorts of strange streamline patents in it, some used by the public and others so ridiculous as to be charming...

Slim
by egads
Well, we want to see pictures of the new place. I know it does not fit the theme around here, but we're all friends now, right?

Also, you might go into your profile and update your location. Considering you all are SLO no mo.
All times are UTC-08:00
Page 1 of 1
Powered by phpBB® Forum Software © phpBB Limited
https://www.phpbb.com/