Nathan: It looked under 6k to me, but that profile feature is really funky sometimes.

I cropped it a bit, and tried it on for size. (But Iâ€™ll slip back into something more comfortable in a second or two).

Geesh, now it says it must be under 80 x 80 pixels. So I went and changed that in photoshop and it upped the kb again. Maybe god is against demonic avatars, despite how silly they are.

mine is the "X" that you get when for some reason it won't let you upload a 30x40 pixel image that is less than 6kb. I quite trying after 3 years of being told my image was too big, so i prefer the red "x"
Shane Hood
Lortondale, USA
http://www.facebook.com/group.php?gid=30442063935
Top

hoodlam, on a mac you're a blue box with a question mark!

"Here in this land of enchantment, I appear before you as a mighty tree"
-Tangaroa
Top

Who knew yu could do a video loop that "big" (in bits) -- I dint. Love it.
"I laugh in the face of danger! Then I hide until it goes away." Bender
Top

The handsome fella in my avatar is Galen (played by Roddy McDowell) from the 1974 TV series "Planet of the Apes". Not really mid-century, but it makes a very cool avatar:

Just saw this note. My avatar is from the old British spy series that I love called The Prisoner. It's about a British Intelligence officer who resigns abruptly and is then kidnapped and sent to a sort of idyllic seaside resort/prison with other former spies. In this resort, the prisoners are all referred to by numbers rather than names. The main character is "Number Six". We don't really know which side put him there, and we don't get to meet "Number One", but they spend all their time trying to get him to tell them why he resigned.

Jimmy from the 1979 movie Quadrophenia http://www.quadrophenia.net/

in this screen shot, Jimmy just stole Ace's scooter and was riding towards the cliff's edge near Brighton, England circa 1964. Jimmy's personality had split four ways and was hooked on uppers. He was contemplating suicide.

The movie highlighted the mid-'60s Mod movement. All the music is by The Who, an original Mod band. When this movie came out in '79, it fueled a growing global Mod revival that still lingers today. This movie influenced more people to buy Vespas and Lambretta more than any ad campaign ever did.

Once a Mod, always a Mod.
Top

sometimes when i'm bored i drift away from my usual focus on home improvement threads...
my avatar is part of a painting i did back in 98 before i knew much about mcm. i just knew i liked the house.
it took me something like 5 hours to figure out how to put my own avatar up.

I have absolutely no idea who the guy in my avatar photo is. I found it in a box of old photographs and knew I had an instant favorite in my hands.

This is the story of Gerald McCloy
And the strange thing that happened to that little boy.
They say it all started when Gerald was two,
That the age kids start talking at least most of them do.
Well when he started talking you know what he said;
He didnâ€™t talk words he went â€œBoing-Boingâ€￾ instead.

I didnâ€™t have an avatar until this week. I recently saw â€œThe Birth of the Coolâ€￾ exhibit at the Orange County
Museum of Art and there was a whole section on animated films from the 1950â€™s. Gerald McBoing Boing
was front and center. Well, since my name is Gerald (Jerry to all of you), it just had to be my avatar.

Hereâ€™s the cartoon they showed at the exhibit:
[/img]
Top

My avatar is the Big Boy standing out front of the classic Bob's Big Boy in Burbank.
Top

Say Futura Girl! I just picked up your avatar at Target on half price sale! 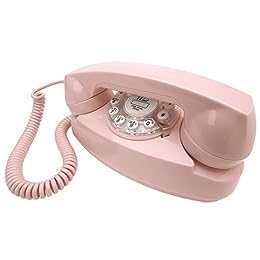