by MD²
Thought it might be interesting to tell everyone a little more about your avatars.

My avatar is of in I used to as a kid.

You'll find tons of info on this series & a lot more here: http://www.aiai.ed.ac.uk/~bat/GA/supercar.html

by sky
by spinsLPs
by Tony
Mine is the Tramway Gas Station, 1965, Palm Springs, California. Designed by architects Albert Frey and Robson C. Chambers. Here's another view:

Tony
by nichols
At the end of the short-lived Pancho Zoidberg era I switched to the friends at the table. It's a detail from the original menu at Googie's Coffee Shop (my specialty) plus I like to pretend I'm a maitre 'd or a concierge or at least a consigliere.

by JulieB
But are you a wartime consigliere, nichols?
by Futura Girl
what can i say - i liked the telephone picture...
but then, my avatars do change from time time - not like sky though...

i may be due for a change soon.
by JulieB
by STLModern
by nichols
If I was a wartime consigliere, I'd use this avatar

by spinsLPs
by ch
Well, I hope I'm not the nerdiest one here...

My avatar is the superhero Lone Wolf (a.k.a. Timber Wolf). As a kid I used to read DC comics and Lone Wolf was a rogue, anti-hero who didn't want to join the Legion of Superheroes instead prefering his outsider, alienated status. Even as a 7 year old back in 1964 I could relate to this character since rather than join the boyscouts or play on a team I was typically found at home building something with my lego or erector set. (Don't worry, I turned out okay - or at least they tell me...)

And no, I DON'T (nor have I ever) owned this doll, er, Fully Poseable Action Figure. (I wasn't THAT much of a nerd!):

by kandersen
I chose mine in homage to our five house rabbits.
by Sienna
by Futura Girl
by MD²
by SDR
Ha. My Bender was a snap choice from among the house avatars; I'm still years away from being able to import a more personal choice. But I'm fonder of Bender than that (and I miss Futurama) -- he's been a useful alter ego.

The avatar I'm most puzzled by is the moderns-r-us shockhead; who IS that guy, Robert ? Looks vaguely familiar. . .

by lasvegaslynn
by johnnyapollo
I collect space-race era toys, especially Major Matt Mason and an astronaut couple made by the Marx toy company called Johnny and Jane Apollo. Way back when eBay first started you used your email address as your user ID - at some point you could create a "handle" - basically a pseudonym - and it seemed natural to use "johnnyapollo" (since my name is John and I was called Johnny growing up - add that to my interest in space toys and there you have it) - since then I've used the same username on most of the forum sites I visit (I'm johnnyapollo2 on Yahoo as someone had already registered under johnnyapollo prior to me). The avatar is a headshot from the Johnny Apollo - here are two images of the figure in regalia: 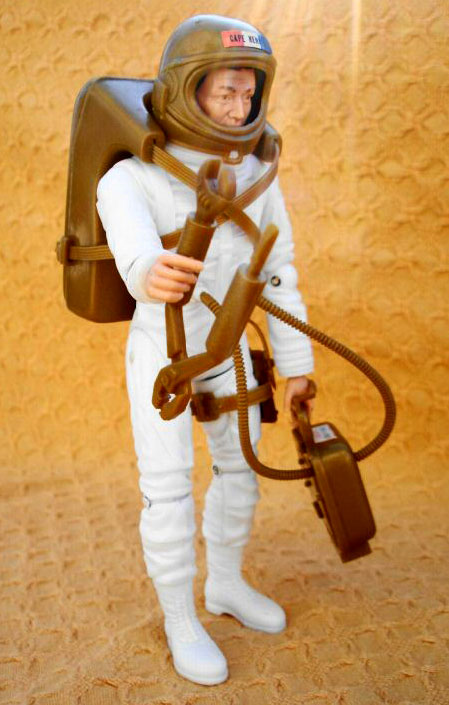 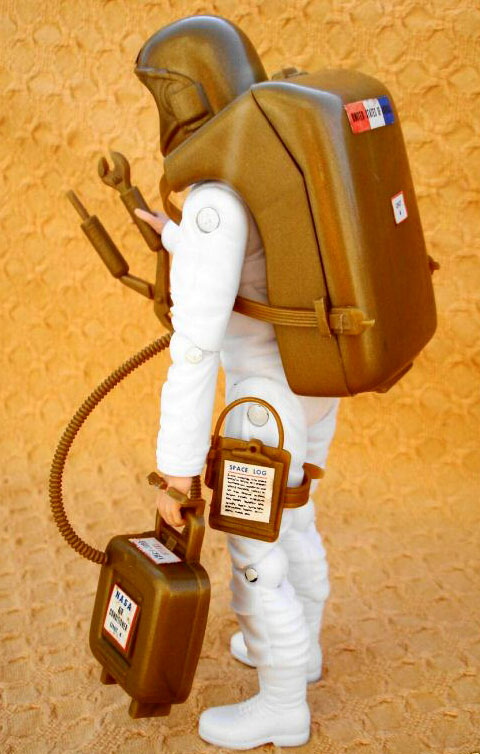 -- John
by SDR
Wow ! Is that a twenty-first century giant space Leatherman, or maybe the Swss Army astronaut tool ?

Nicely modelled; look at those shoes. . .
by Lynxwiler
I finally picked my avatar after stumbling upon this liquor sign in Baldwin Village. Deli food and liquor, on credit no less. It's already been demolished I'm sorry to say, but it was quite a sign with crenelated backlit plastic, a flickerbulb starburst, and hand-cut plastic lettering with figural liquor and drug bottles. Amazing.

More: http://www.lottaliving.com/bb/viewtopic.php?t=5971
by SDR
Gotta love the upper-class American suburb: the biggest letters on the sign in front of a store in Greenbrae, CA used to say LIQUOR -- DRUGS

Whatta great country ! SDR
by moderns-r-us
by SDR
Wow. Thanks for the close-up ! I like this guy. . .

I wonder what Dr Lazlo would say to Bender.
by PrettyHateMachine
I don't know what mine is....but it's funny as hell!!
by classic form
by kandersen
by Nathan
Jeez, all you people talkin' up your cool avatars...ain't it about time I had one? Something like this which I pulled from one of my many 50s "cocktails for bachelors" deals...

...so I've sized to under 80 pixels like the computin' device here tells me, but then it keeps saying I need to keep the thing under 6kb. I don't have too much fancy book-learnin' in the computer-device department, though. I've looked around Photoshop for the magical "resize under 6kb" tool or whatever...can someone here help out a poor luddite?
by PrettyHateMachine
All times are UTC-08:00
Page 1 of 2
Powered by phpBB® Forum Software © phpBB Limited
https://www.phpbb.com/