which was replaced in 2006 with a new, larger theater designed by French architect Jean Nouvel -- who was awarded the Pritzker Prize just two days ago.

by moderns-r-us
I met Mr. Rapson at a Pennsylvania AIA Awards Ceremony in about 1997 or 1998, where he presented my firm with several awards that he had juried. More recently I had been speaking to him on the phone about a one time collaborator at Cranbrook, David B. Runnells.

He was a warm and wonderful man!

His unbuilt Case Study House was one of my favorites.

SDR: Did you see the mock up of this house in LA?
by googieagog
Rapson headed the Institute of Design (New Bauhaus) in Chicago for a time before heading to Minnesota, during which he designed the Gidwitz House, located down the street from Wright's Robie House and the Keck bros. own apartment building. The Gidwitz House (1943) technically was a remodel of an existing Victorian, as a dodge around wartime building rules, but there's no evidence left of the original house. Here's a photo:

When I met him, he presented this house.

Those are Anderson standard sized windows by the way.
by moderns-r-us
http://www.treehugger.com/files/2008/03 ... n-dead.php
by rockland 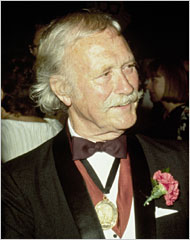 NYtimes
http://www.nytimes.com/2008/04/03/arts/ ... obituaries
by Tony
It was so great to be able to walk through the Greenbelt house at the MOCA Blueprints for Modern Living show! Always loved his rendering of the house with the personal helicopter overhead.