by Futura Girl
I am working on a restoration of a home that is screaming for a Hollywood Regency treatment. It's a 1962 Palmer and Krisel home that was totally trashed by the previous owners. We have been slowly undoing the damage done and are at the relatively clean slate point and the home just seems to want to lean that Hollywood Regency way...

I do have to say - this is one of my all time favorite style periods - that transition from art deco to modern with the Hollywood glamour thrown in... Dare i say it here? I love this style more than strict MidMod... Z Gallery used to lean this way with their products years ago - i don't know if they still do or not?

So i've been doing tons of research.
The Viceroy at Palm Springs is a big influence.
Kelly Wearstler calls the style Mod Baroque and i like that name alot...
Jonathan Adler kinda designs in that style as well...
There are lots of nouveau examples of the style - it's definitely been seeing a rebirth the last several years.

other designer names that came up in my searching include:
William Haines
Dorothy Draper

by Tony
Here's some background on the inventor of the Hollywood Regency style:

John Elgin Woolf (1908-1980), born in Georgia, received a Bachelorâ€™s degree in architecture in 1929 from the Georgia Institute of Technology. Woolf deeply admired the Greek Revival mansions of the south and those theatrical forms stayed with him. He put architecture aside to pursue a dream of acting by moving to Hollywood where he auditioned for roles in â€œGone with the Windâ€￾. He was unsuccessful finding roles, but was successful at networking with socialites such as actress Fanny Brice. This gave him an entrÃ©e into Hollywood Society where he obtained important commissions for Errol Flynn, Ira Gershwin, Cary Grant, Mae West, Greta Garbo, Rita Hayworth, George Cukor, John Wayne, Barbara Hutton, and David O. Selznic, to name a few.

Woolf became known for combining various styles â€“ French, Greek Revival and Modernism â€“ very theatrically to create a new style later named Hollywood Regency. In a sense Hollywood Regency was a backlash to Modernism. Paige Rense, editor of Architectural Digest commented, â€œIn the 60â€™s and into the 70â€™s there was a fear of modern architecture. Their [John Woolf and Robert Koch Woolf] traditional twist was very reassuring.â€￾

Woolf met interior designer Robert Koch in the late 1940â€™s. They became partners, both business and domestic, with Woolf designing the architecture and Koch providing the decoration. They also provided for an unusual life and household. In the 1960â€™s Woolf and Koch separated but continued to work and live together. Then Koch met a Gene Oney who moved in. In 1971 Woolf was diagnosed with Parkinsonâ€™s disease. Woolf then adopted Koch and Oney, who changed their last names to Woolf.

The Woolf style was theatrical â€“ bigger than life. Ornate Greek columns flanked tall double doors, the height of which would pierce the cornice. Some have reported that Woolf introduced the Mansard roof to California, but that is probably hyperbole as Wallace Neff had used that style in the 1920â€™s. Unfortunately, Woolf is perhaps best known for his desecration of Craig Ellwoodâ€™s Case Study House #17. Here Woolf took a fantastic glass and steel icon of modernism and added Doric columns and a Mansard roof. It would require a Kaufmann-like restoration to bring that work back to life.

Tony
by Futura Girl
thank you tony - i did run across woolf, too, but failed to mention him. do you know if there are any links to tribute sites about him?
by rockland

by modfan
by nichols
There are some great front doors in this book from 1978. 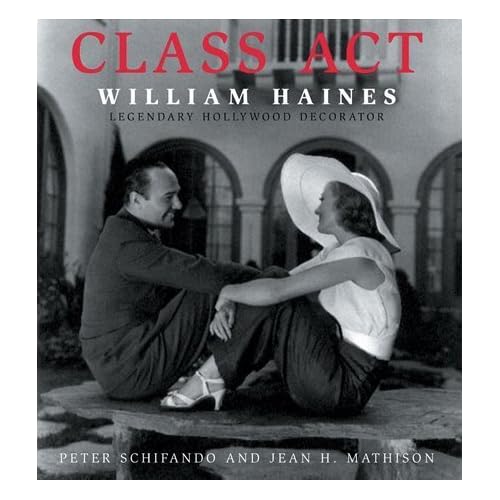 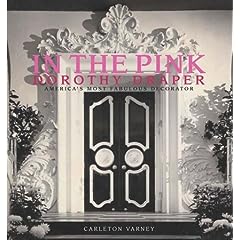 In the Pink: Dorothy Draper--America's Most Fabulous Decorator
http://www.amazon.com/Pink-Dorothy-Drap ... 6189/ll-20

by Slim and Gabby
Futura:

I've always LOVED hollywood regency. It's a shame to see some great vintage pieces get destroyed by the ill-informed "shabby chic" treatment. Around our casa, we haven't been able to include it, but refer to it lovingly as "henrietta". Some of the best examples of regency are in the old "Topper" TV show from the 50's. Not on Netflix, but downloads are out there. Wife of Staid banker Cosmo Topper (yes, that's our cat's name) goes 50's luxe with a slightly colonial versus grecian vibe in her digs. Her clothes ( and figure!) are an unusual example of sparky maturity for the period.

As for the dearth of regency style at Z Gallerie, it's days were always numbered. I managed a Z Gallerie for a few years and one of the merchandisers ( who had a great style) had a brief period of design when coupled with someone higher in the company. His stories of his family's all stainless kitchen in the 40's-50's were pretty funny, too. He is responsible for that Regency vibe, which never sold well companywide....it did at MY store. When that relationship ended, that was probably the last you'd see of regency at Z. Sigh.

Go for it. We'd love to see pix of the transformation!
by moderns-r-us
Try to find a library that still has old issues of Architectural Digest and look through the very late fifties and the sixties and you will find it choc full of Hollywood Regency examples. AD was black and white still at that time.
by moderns-r-us
Oh and Tommi Parzinger did a lot of furniture too!

by Futura Girl
why so sad joe?
All times are UTC-08:00
Page 1 of 1
Powered by phpBB® Forum Software © phpBB Limited
https://www.phpbb.com/