27 posts [phpBB Debug] PHP Warning: in file [ROOT]/vendor/twig/twig/lib/Twig/Extension/Core.php on line 1266: count(): Parameter must be an array or an object that implements Countable
• Page 1 of 1

Here's an example: one of the most visible ones on Mercer Island, Wash. where I've long lived and
practiced residential architecture. Lately Spec. builders have done some really awful things on this
island of 22,000 people that before now was known for its nice, well-designed Mid-Century Moderns.
Jerry-

The "way it might have been" the way it never was.
Top

Whats wrong with the house?

I understand it's not MCM and it's a McMansion, but it still better looking than a lot of the other crap-ola
Top

dani
Modern Master
Posts: 226
Joined: Sat May 22, 2010 8:02 am
Location: Rockford, IL
[phpBB Debug] PHP Warning: in file [ROOT]/vendor/twig/twig/lib/Twig/Extension/Core.php on line 1266: count(): Parameter must be an array or an object that implements Countable

The above responses are great!
Getting these is why I post to LL.
Jerry

Let me expand on my comments with respect to "the way it might have been", the way it never was.

The motivation with that place was nostalgia, however, all the details are wrong. Elements are way too large for the size of the house. If one wants a shingle style house, it is a style that can be studied, scaled, and worked into a structure that has some site limits, view requirements, etc. However in this case I say it's malpractice. You cannot use classical elements without understanding classical portion. Whoever did this place just threw a bunch of "stuff" onto a floor plan that fit the site. It's pure kitsch, defined as: the exploitation of sentimentality for sentimentality's sake.

Planner Dude, in the first McMansion link, at least the elements of a Norman mansion are mostly correct. It might not be to our taste, but it is not nearly as wrong as the example above.

When one is first learning about modernism, one may mistake it for a style, like a Realtor would. But as dani eloquently puts it, it's more of a concept. To disciples of FLL Wright, the approach is organic, to disciples of Mies van der Rohe it's form follows function and less is more. But in nether case does it have to do with style or decoration. In fact I bet some of us could find some examples of a unsuccessful modern house done by an equally uninformed designer who just placed a bunch of perceived modernist elements onto some house.
Top

think what you want but bad design is still bad design. I would not wish that pile of garbage on anyone.

Modernism isn't a style we pick out of the catalogue because it looks cool. it's form following function, it's how we live.

Geographics has nothing to do with bad design, it's everywhere, just as you can find good design everywhere.
http://www.flickr.com/photos/barthlow/
Top

The whole is made up of the parts- and unfortunately
the parts are often pitiful. JG

This one will add diversity JG

not a fan of New Urbanism. sorry.
http://www.flickr.com/photos/barthlow/
Top

No White Trim at all- 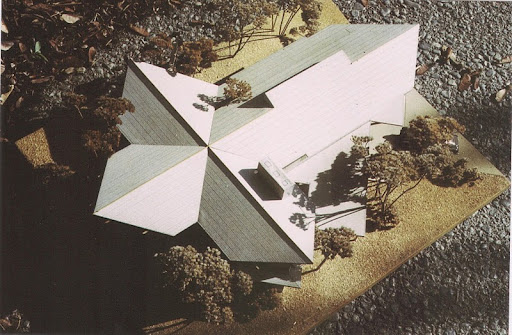 Where I'm coming from. JG-

hooray for the gothic cathedral parti

and i can't see any white trim whatsoever!

chimneys without roof crickets are awe-some!

27 posts [phpBB Debug] PHP Warning: in file [ROOT]/vendor/twig/twig/lib/Twig/Extension/Core.php on line 1266: count(): Parameter must be an array or an object that implements Countable
• Page 1 of 1

Users browsing this forum: No registered users and 11 guests