9 posts [phpBB Debug] PHP Warning: in file [ROOT]/vendor/twig/twig/lib/Twig/Extension/Core.php on line 1266: count(): Parameter must be an array or an object that implements Countable
• Page 1 of 1

Those are the only cars I have had, and still drive. Is it a "modern" car or just the General Lee?
Make modern your own, don't trust others to- it's our future.
Top 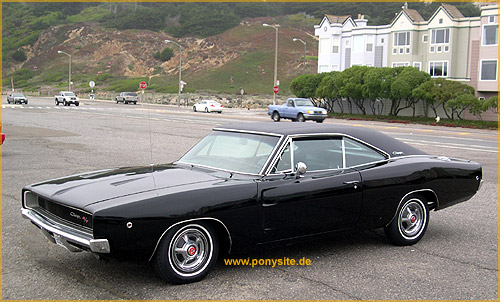 The 1969's major differences with a 1968 model is the center divided grille and longitudual taillights.
I think that these details alone identifies the 1969 model more with the 70s than the 60s design style.
The 1968 was sort of a transition year, with a new body, but the old grille & lights style. Your definitions will indeed vary...certainly the 30s Tatras, if not the Airflows, ooze oozy Modernism...

...but as long as we're on the subject of IMHOs, please allow me to throw in my very H and extremely subjective O:

Indeed, "Modernism" evolved out of many changes & movements throughout the 19th century & "machines" & their design played a great role in it. After WWI, fascinated by aviation & aerodynamics, designers pushed car design into the modern era, ultimately breaking into mass produced vehicules, like the 1938 Porsche designed Beetle.

As for what is MCM? Automobile design underwent a major change after WWII. Its evolution, which had been very similar on both sides of the Atlantic until then, rapidly diverged into distinct schools.
And in many cases, the very designers involved in this "split", were people who had fled Europe during the war to seek refuge in the USA.
So where could we "situate" the "starting point" of MCM car design? Postwar USA: ~1945, same as in architecture...
Where could it "end" is indeed an interesting question.
The cultural revolution in the second half of the 60s I'd say is a good benchmark.
The 60s brought much criticism onto the modern movement & the wish to start on a clean slate. You could make a parrallel here & see the work of the Italian firm Superstudio at the end of the 60s.
As for how this translates into car design? My impression is that something "new" emerged from Europe at that time, while american car design lingered on (still?), "lost" in its past glory, until enough time had gone by to move into "retromodern"...

NOW! This being said, the Coronet had a predecessor in it's 1959 form: On the subject of peculiar "eyes", the Batmobile's (1955 Lincoln Futura Concept Car) were used on the 1956 Lincoln Premiere:

...and back to the Coronet I give the '69 Charger major cool points for being Brock Samson's wheels in 'The Venture Bros', really put through its paces in the Season 1 episode 'Dia de los Dangerous'!
Top

All joking aside- I'll give a "YES" to the Charger. I'm not a huge muscle car fan anymore, but the oddness of the Chrysler products keeps me interested- I think they're groovy.

Many Chryslers of the late 60's and early 70's took on a "Fuselage" styling- like the Charger, their fascia sports what looks like a large, blunt fresh-air intake. The bodies are more "cigar'- like.
Reminds me of the F-86:

Or the Super Sabre:

The Camaro had a similar flavor- just smaller and sexier:

...and then there's this weird little concept car. Definitely contrived from the Charger --but in a more cutesy way for sure.

9 posts [phpBB Debug] PHP Warning: in file [ROOT]/vendor/twig/twig/lib/Twig/Extension/Core.php on line 1266: count(): Parameter must be an array or an object that implements Countable
• Page 1 of 1