I introduced myself in the Announcements section, for your
information.
http://www.lottaliving.com/bb/viewtopic.php?t=11479

I have had lot to do with Googie style and other 1960s style, but
more passively in the sense of watching preferredly this kind of
movies, for example (Pink Panther, I Dream of Jeannie, Bewitched).
So what I am interested in is what's called Googie style and what is
called another 1960s' style (and which?).

1. What about the ball chair of Eero Aarnio?
http://www.eero-aarnio.com/8/Objects/Ball_Chair.htm

2. Much of what is normally called 1970s fashion reminds me
strongly of Googie elements, that is, basic geometrical shapes and
(perhaps also?) the play with neighbouring colours.
For example, I looked for examples on Flickr, and found quite similar
things that belong nevertheless to the 1950s and 1970s,
respectively:

(I don't know is it usual to make direct links to the photos nor do
the authors want me to do so, so I decided to link the pages).

The Â»geometrical themeÂ« lasts at least into the 1970s, long after
the mid-1960s' breakdown of Googie I read of.

3. The mushroom-like water tower of JyvÃ¤skylÃ¤ reminds me of
1960s geometrical architecture, although it was built in 1993:

4. And I would like you to say something about the 1960s' cartoon
style. I remember it well, and I like it very much. Very apparent are
to me the unevenly slanted drawed lines (lines that should be
straight and parallel). I didn't find any adequate picture, so I took
Paint and made a small example which is hopefully telling.

How do all the mentioned things relate to Googie and what terms
you would choose for them?
Top

welcome!
love your airport. lots of wood and glass...

There's a difference between Modern and Googie architecture. Googie is purely American, based on both Frank Lloyd Wright (via John Lautner) and market demands of the commercial roadside. It was quite the fad for a while here, and like most fads it reached extremes before going away. In Europe -- home of Corbu, Mies, Gropious and your great Aalto -- it seems a more restrained modern look has stayed current. It's more tasteful than Googie, which is jauntier, car-oriented and wrongly seen as disposable in America's throw-away culture. "Serious" modern works generally are better appreciated, percieved as timeless, and better protected by planning authorities.

googieagog, I have to disagree with you that the "serious" nature of "serious modernism" is not what keeps much of it with us. Likewise, the "disposable" googie style is not threatened simply because it is less "tasteful." (please excuse all the quotes)

Working as a preservationist for 20 years I declare that the true threat to googie style architecture comes simply from it's building type. Restaurants and car washes and theaters and all mass-market commercial buildings are far more disposable (from a development point of view) than the schools, civic buildings, institutions and private homes of the wealthy designed by the "serious" modernists. That's it. In a nutshell. If you were trying to protect, say, a tiny restaurant with a huge developable parking lot designed by Wright or Gropius or Neutra it would be just as difficult as preserving one by Armet & Davis.

Buildings by Wayne McAllister and Armet & Davis and Paul Clayton are designated landmarks in Southern California, while many by Neutra and Lautner and Schindler are not. The distinct difference is in usage and ownership and in constituency. Almost all of Lautner's commercial buildings (including the original Googie's restaurant) are gone. Neutra's remaining commercial and civic buildings are bastardized beyond belief. The roof collapsed into that Schindler church on 49th St.

I guess my point is that googie buildings are reaching the 50 year mark, which was the last point of contention that opponents could use. The style used to suffer a lot of prejudice in the preservation community but I'm glad those days are coming to an end and we can unite to save the last remaining examples.
Top

Truro, I recommend the following books: 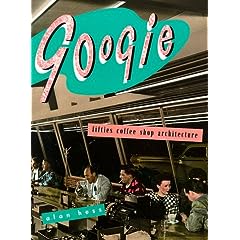 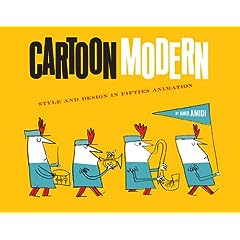 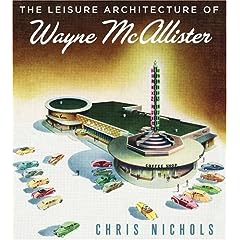 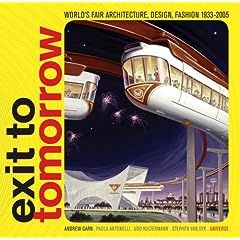 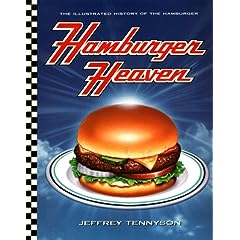 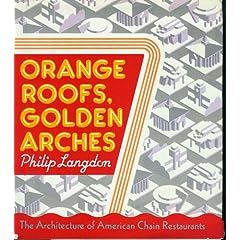 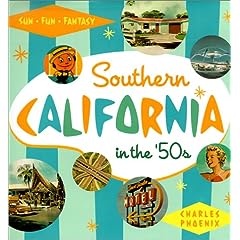 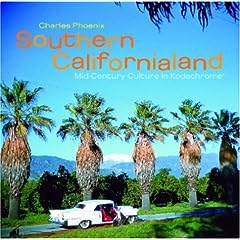 Good points, Nichols. My point was that exactly the roadside building types you site -- restaurants etc -- are more fragile than, say, a corporate HQ. Many were percieved as disposable from the time they were built, which makes it tougher to maintain them and easier to justify knocking them down.
Top

Thanks for the hints so far, I hope you don't forget the actual topic / questions! At least to my third question I feel by now capable of answering it myself, although amendments are always desired:
a) More than Googie the style in question could be called (generally) futuristic - although I don't know yet how to definitely determine futuristic architecture because there can be many architectural explanations for a building's shape,
b) for example that a mushroom shape for a water tower can have certain technical advantages I perhaps don't know yet (the unromantic explanation).
Top

" Googie is purely American, based on both Frank Lloyd Wright (via John Lautner). . ."

With all due respect to an excellent student of the era, the Googie branch of Lautner's work is about as far from Wright as he got, at least in his early career. The intentionally outlandish forms, colors and textures -- bold, brassy (or chrome-y) and neon-lit, seem quite at odds with the thrust of Wright's quiet, low and earthy palette. . .don't they ? A random butted-glass corner window or low brick wall isn't enough to unite the two, in my view. Or did I miss the point ?

To Truro: your "fifties" chair example (which may have been built in the thirties or forties, by its appearance) looks to have been reupholstered, to me -- and the fabric appears to be from the sixties. But your point is still valid. . .

SDR, I see what you're getting at. I'll also point out that Wright wasn't always low and quiet in his non-residential work -- the Phillips 66 station (with neon), the Unitarian Meeting House and other dramatic rooflines for example. Wright had some outlandish designs toward the end (and some were hijacked by apprentices), but those came during or after Lautner's coffee shops so you are correct to question who influenced who. Gobs of neon and chrome, to me, aren't really Googie, they're a more pedestrian soda fountain look. I do believe the rough rock walls, the dynamics among rooflines, the 30-60 triangular geometry and occasional flying butresses of Googie were inspired by Wright, especially Taliesin West.
Top

Well, I'll buy that. See, you ARE a good student of the era !

I wonder if Truro, MA (on Cape Cod) was settled by Finnish sailors. . .

Truro, thanks for joining us, as a Googie adorer and preservationist, I'm enjoying the conversations. Have to agree with Nichols, but please keep in mind we're working in a preservation capacity which gives us a different perspective altogether.

I am no expert in this field, but when I think of Wright I think of natural surfaces. Wood looks like wood, concrete looks like concrete, etc. What people call Googie reminds me of the tropical modern architecture we had in Florida. It was all about grabbing your attention, blue bricks, stainless steel, porcelain enamel curtainwalls, ceramic mosaics, unique geometry. What killed it was two things, falling out of style and the real estate bubbles. In the 70's the horrible "remodeling" started, interiors were the first to be destroyed. By the 90's almost all the remaining modern structures had lay-in exposed grid ceilings and recessed flourescent lighting (ugh) and then exterior details were covered with ugliness or painted. When property values soared these buildings became condos. There is still a "modern" style here but only for those high rise buildings. None of them have the quality finishes of what was here in the past though.
Make modern your own, don't trust others to- it's our future.
Top